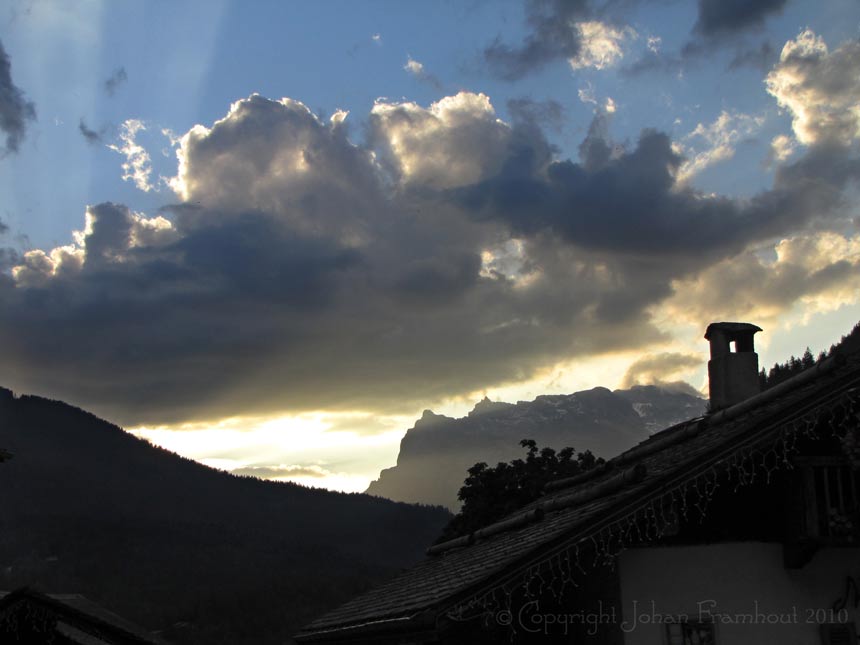 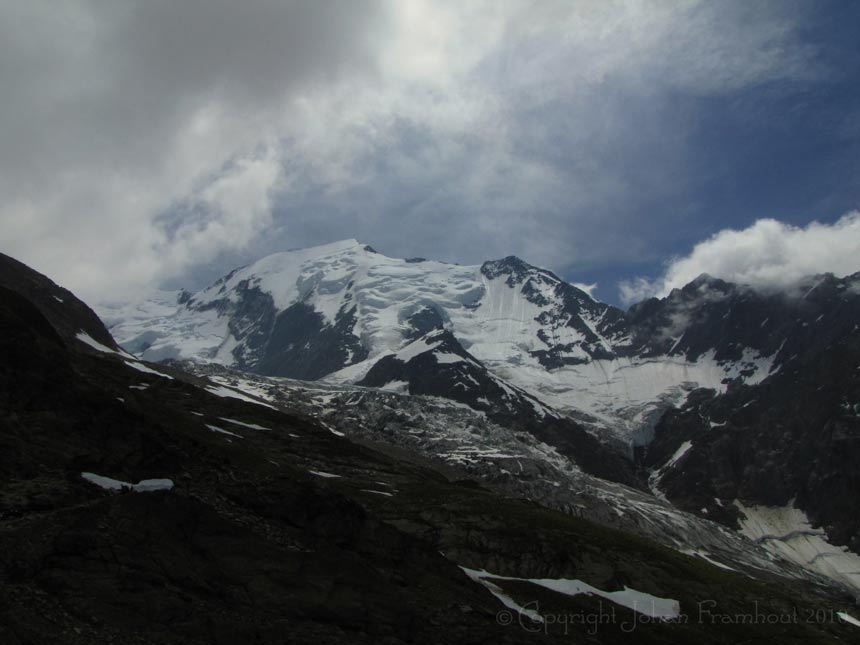 End of the Alp train 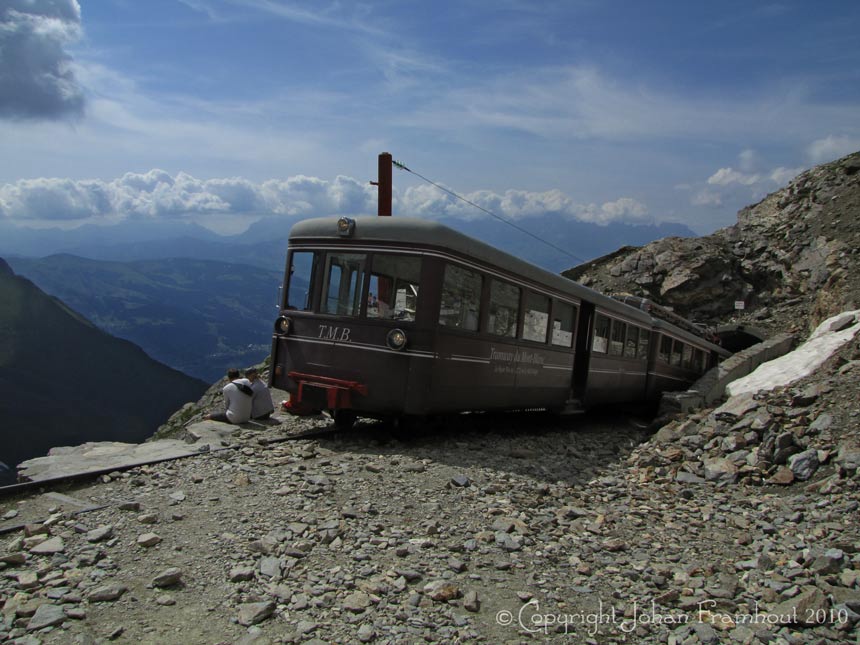 Waterfall in the glacier 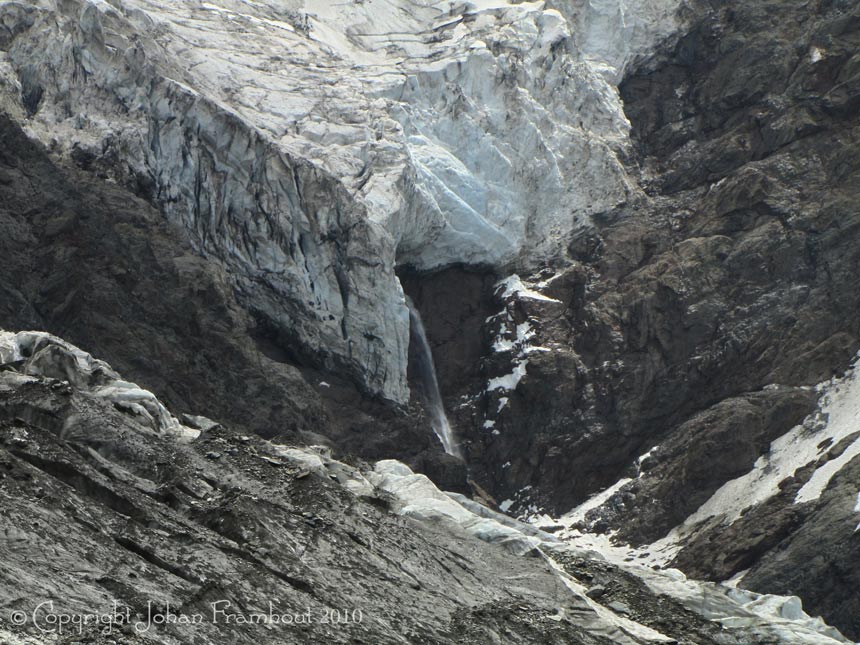 This is a national park, so chamois and capricornes have no fear for humans 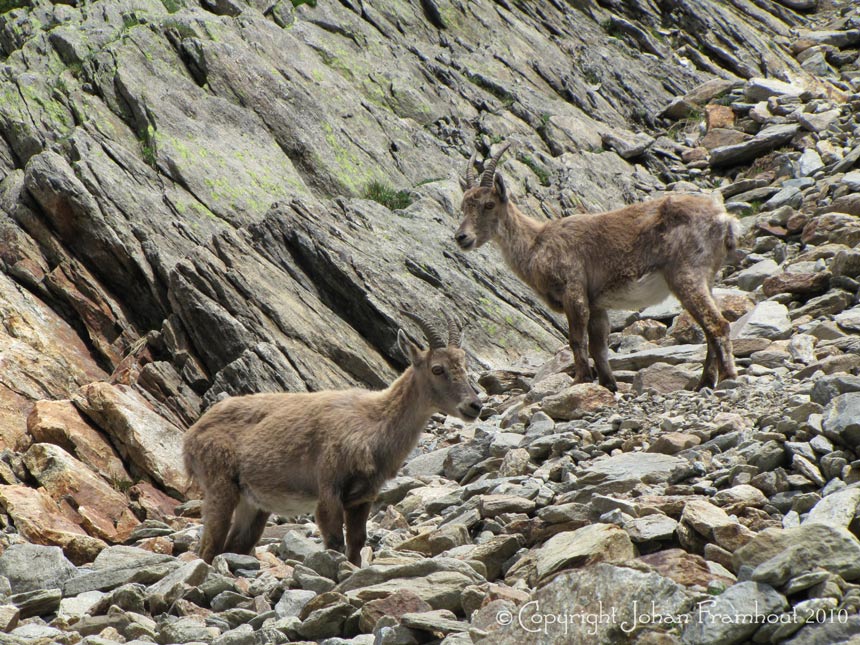 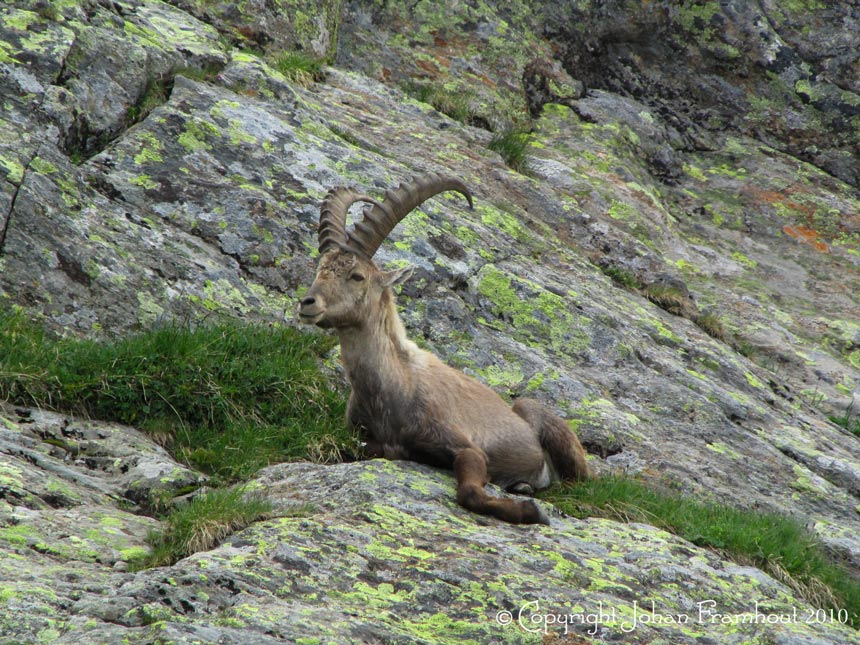 Sunset from the balcony of our hotel room in Les Houches 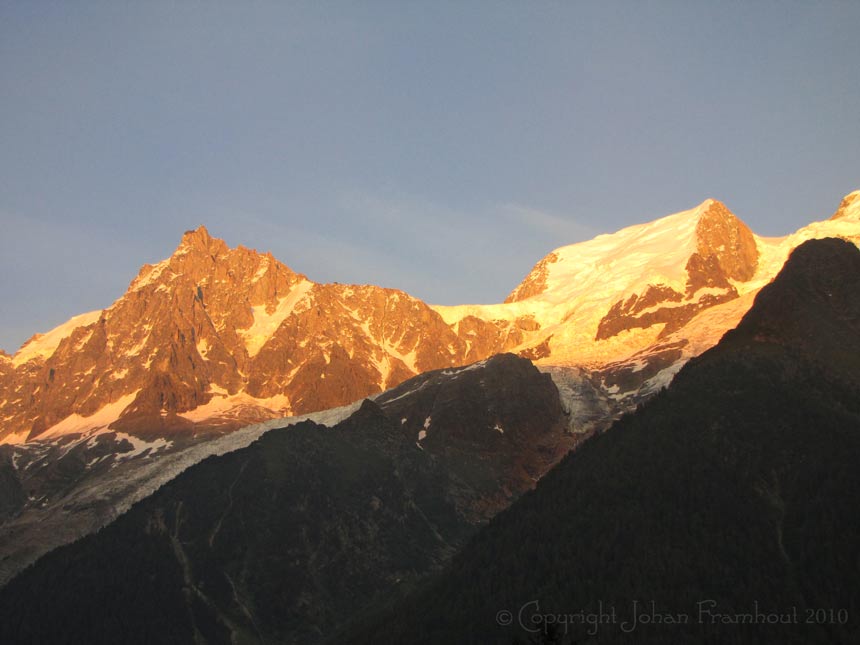 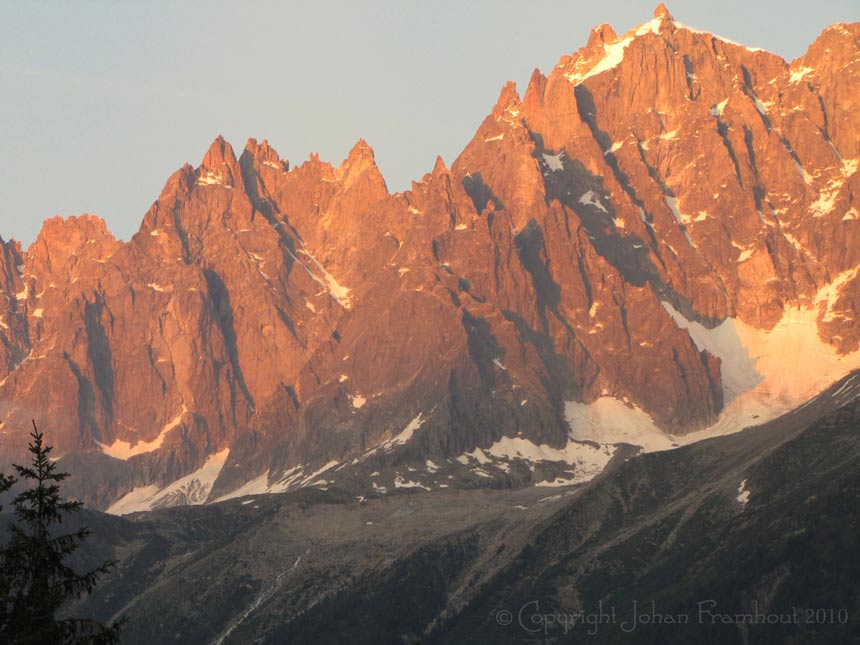 2. The underground temples of Damanhur (map on bottom p4)

Up ground is less then the top of the ice mountain:
some houses and different ceremonial places, meditation places, labyrinths in nature... 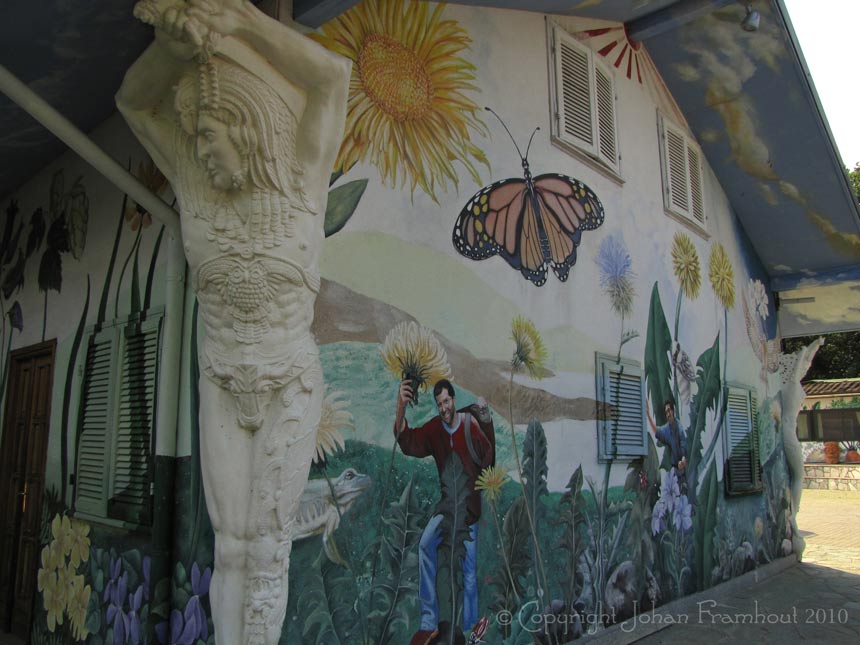 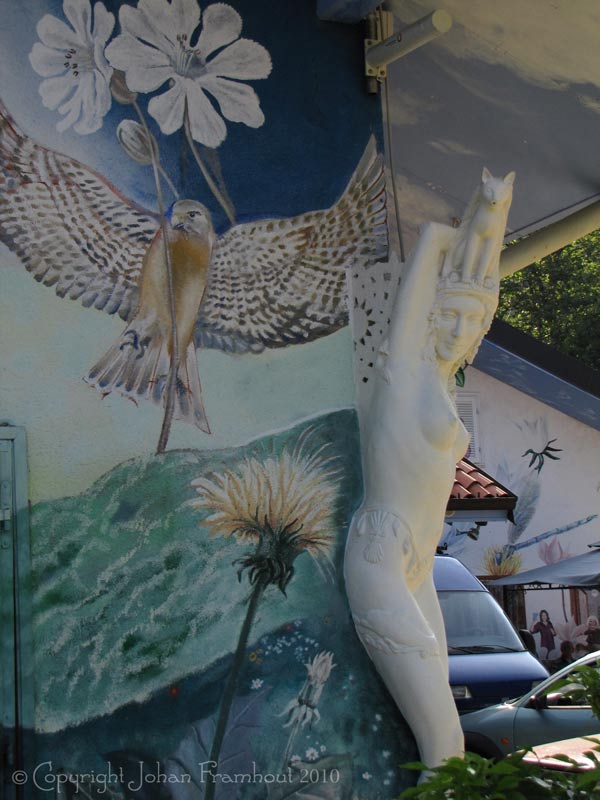 A pond , after which you see the pilars of the biggest ceremonial place,
where the world lines flow together. On the border a piece of their own "scripture". 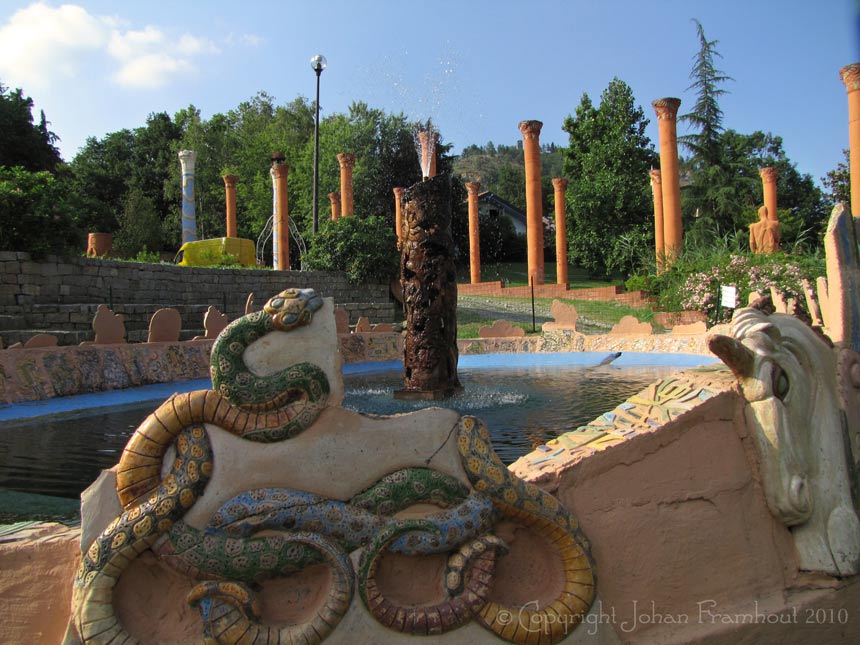 And little statues, a lot... 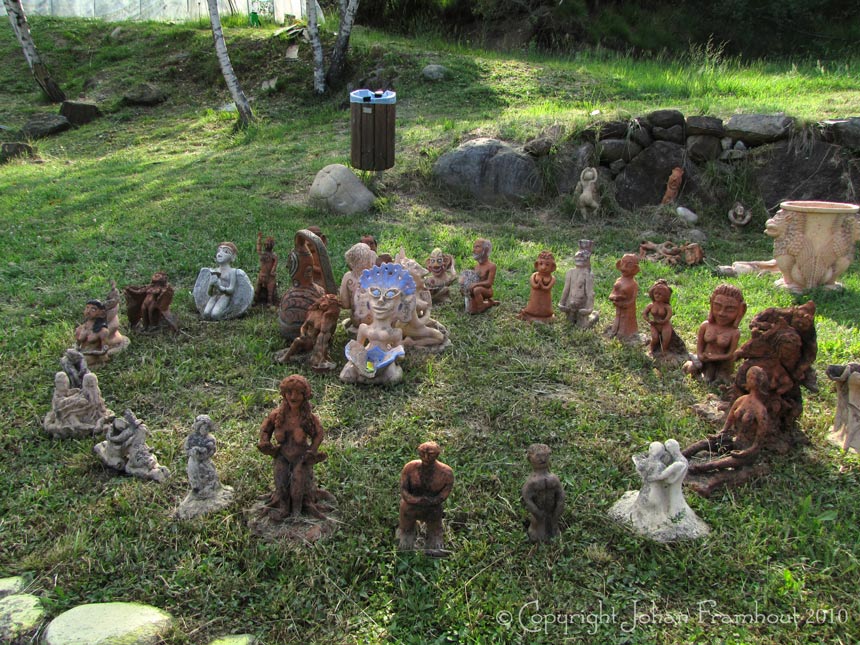 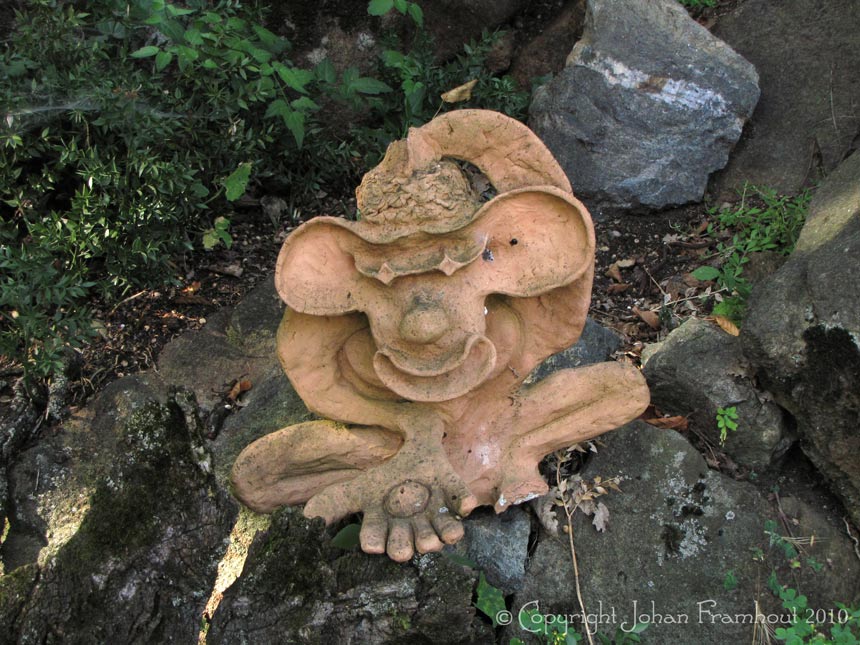 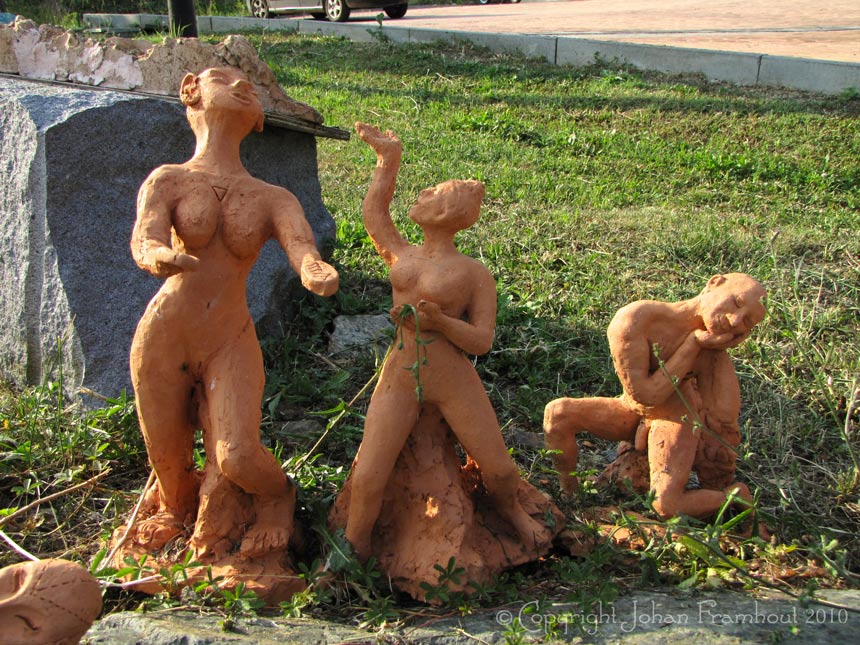 The only burned glass door above ground 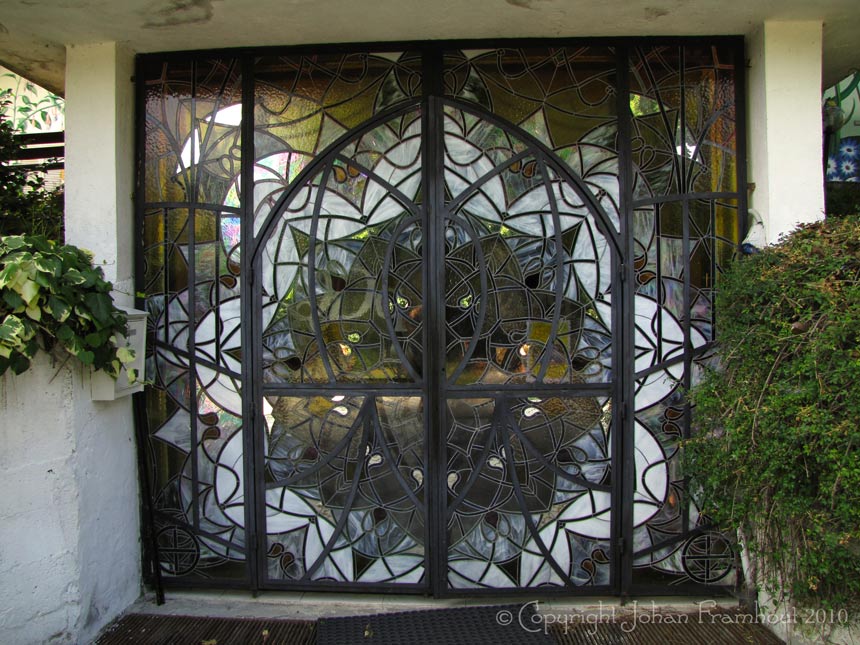 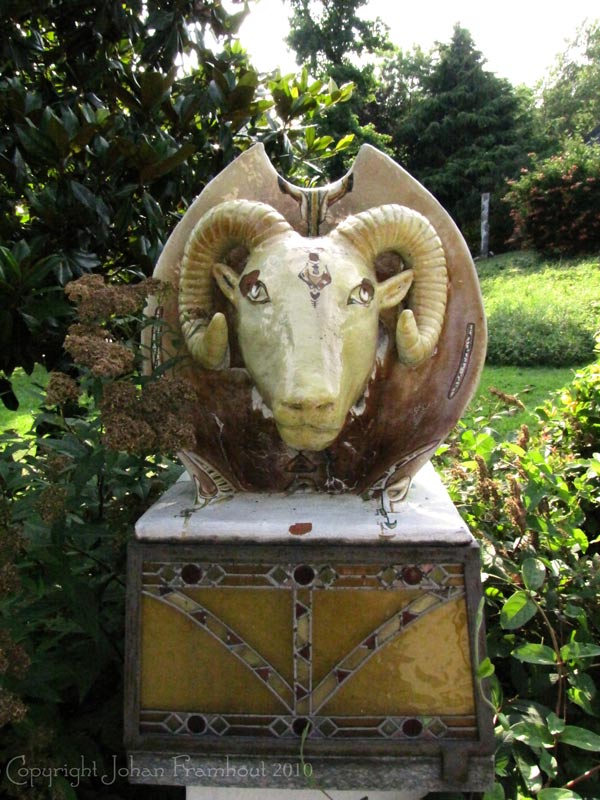 It was not allowed to photograph in the underground temples,
some views are following, fragments from the book illustrations,
with permission of Damanhur.
The first is from the labyrinth. 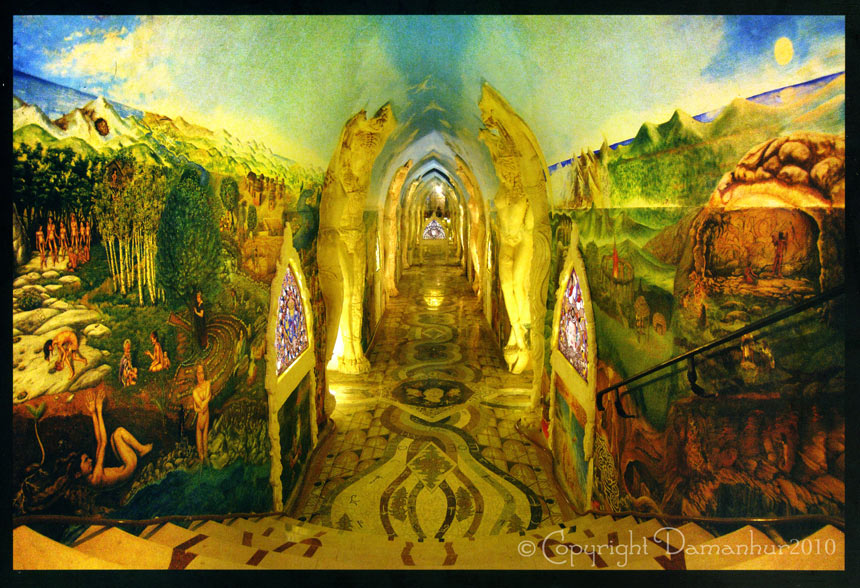 Most of the halls have buring glass domes as huge mandalas,
painted walls, sculptured pilars abd floors in fine mosaic.
There are also burning glass doors and windows. Fragment of the hall of the Earth. 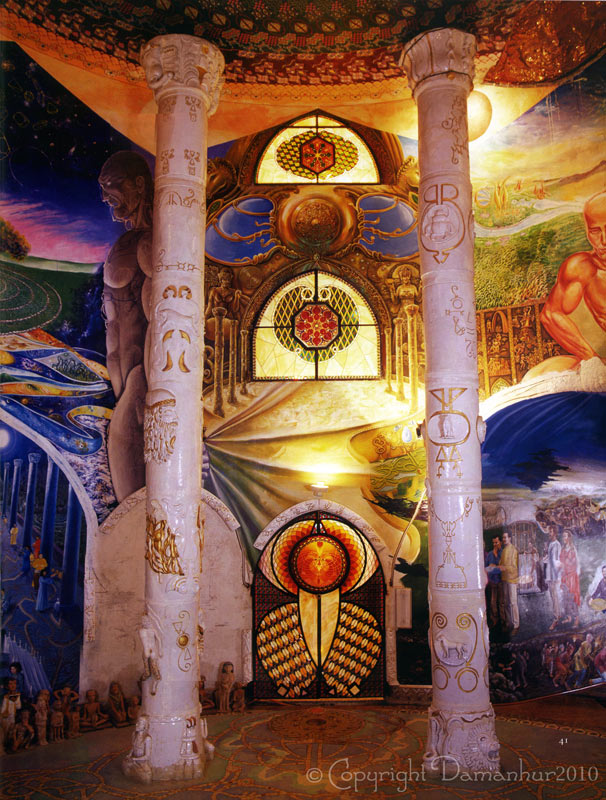 This door opens the Mirror Hall. 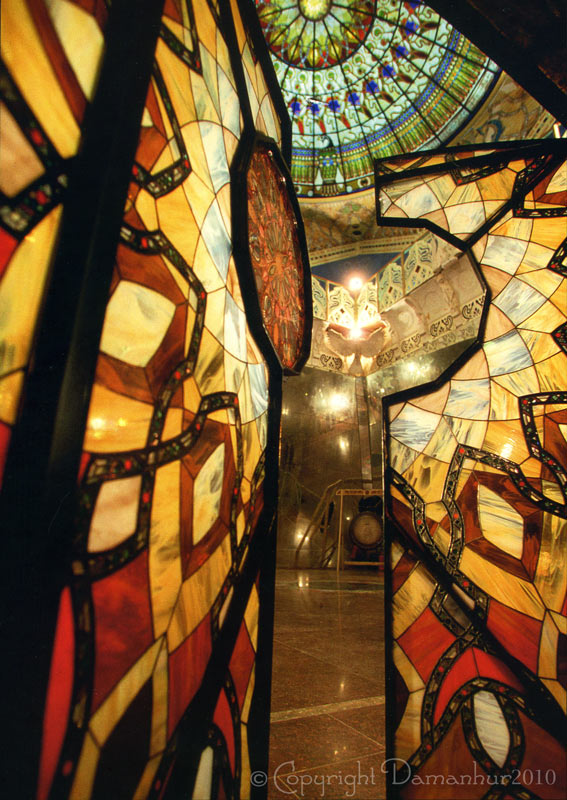 We visited the temples a whole day and got our own guide with an assistent.
Five temples means more then five halls. This was the first hall we saw and
it belongs to the temple of the Earth, of which you can see the entrance to the main hall. 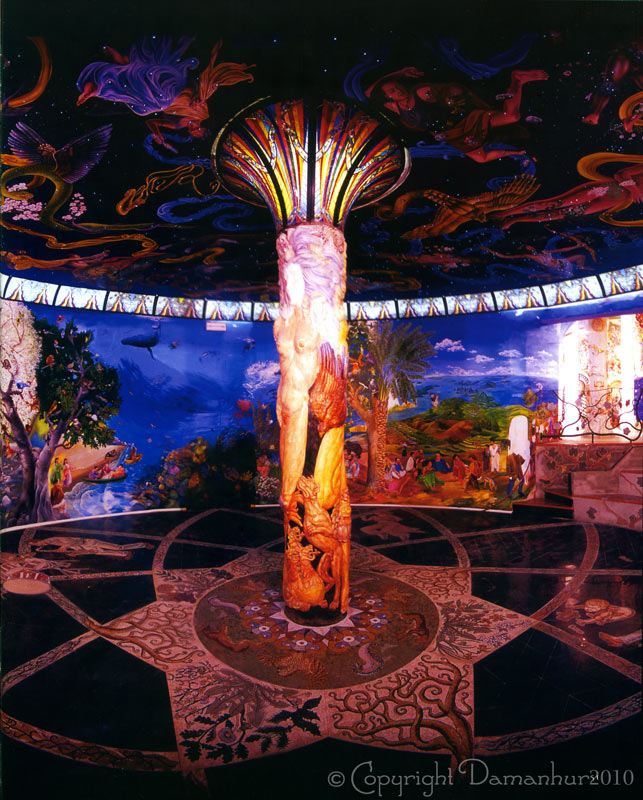 Fragment of the Hall of the Metals. A photo gives little idea, you are completely surrounded by art. 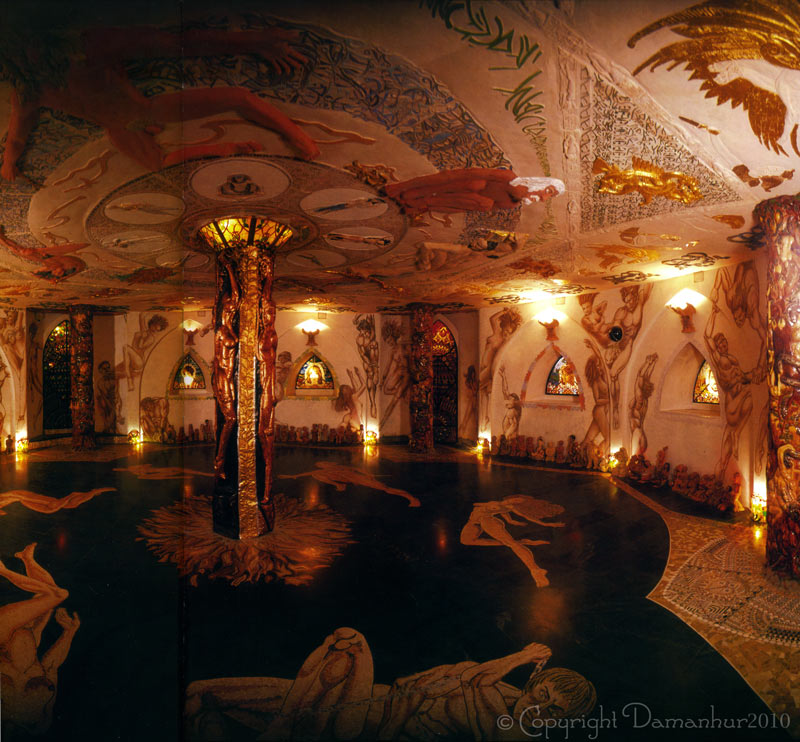 One of the doors of the East and West alcoves, respectively the vegetation (green)
and the inner force or magma (red) of the earth. 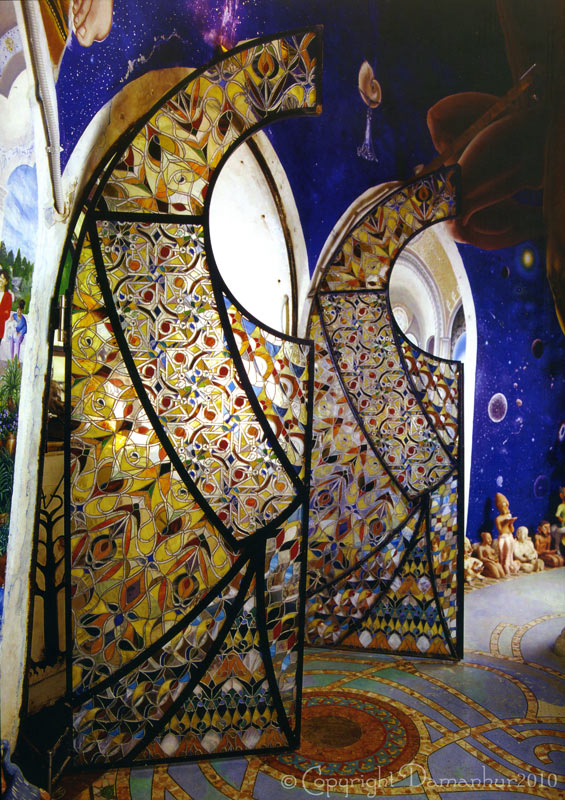 We hope with this to contribute to the disclosing of this eight world wonder.
More explanation of the temples: www.tempio.it
About the community: www.damanhur.org