Who thinks of Teneriffe (often wrongly written as Tenerife) as an island full of beaches with sunbathers, has to review his opinion.
Teneriffa is a volcano raised high above the sea, a jewel in nature and a true walker's paradise.
The Teide is the third largest volcano in Europe and flaunts 12198 feet above sea level. Geographically the
Canarian Islands are part of Africa, on the same degree of latitude as the frontier of Marocco and West Sahara. 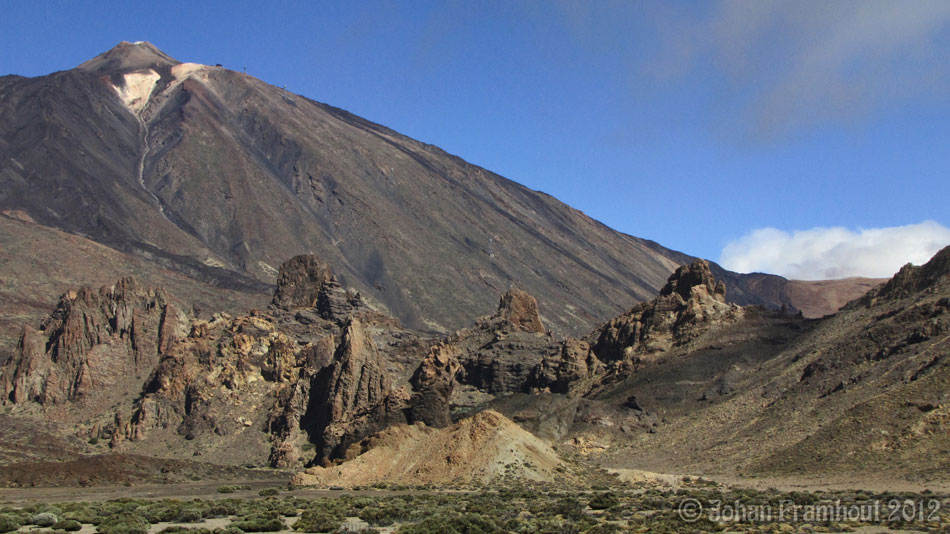 Geant sea horse or dragon? The Spanish regard it to be a woman's shoe. 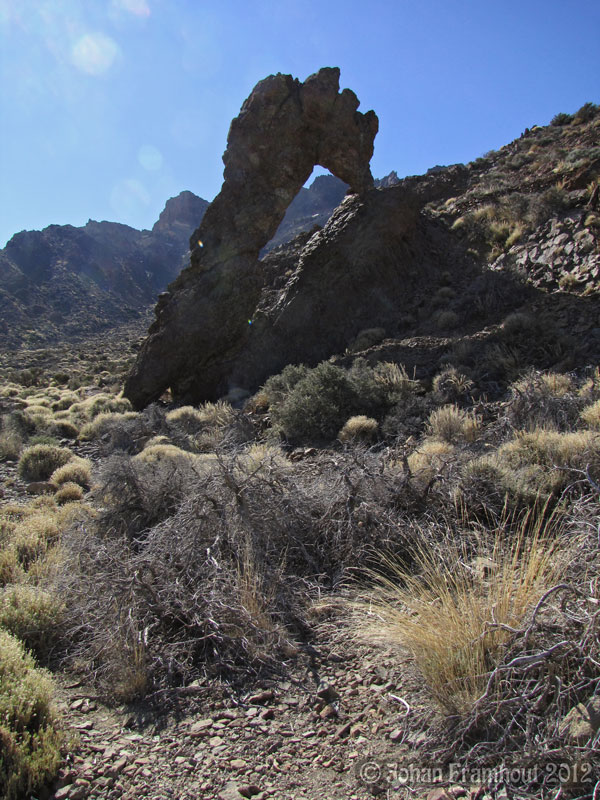 The walk number three around the Roques de Garcia. In the distance the top of the crater of the Tiede, 3718 m high 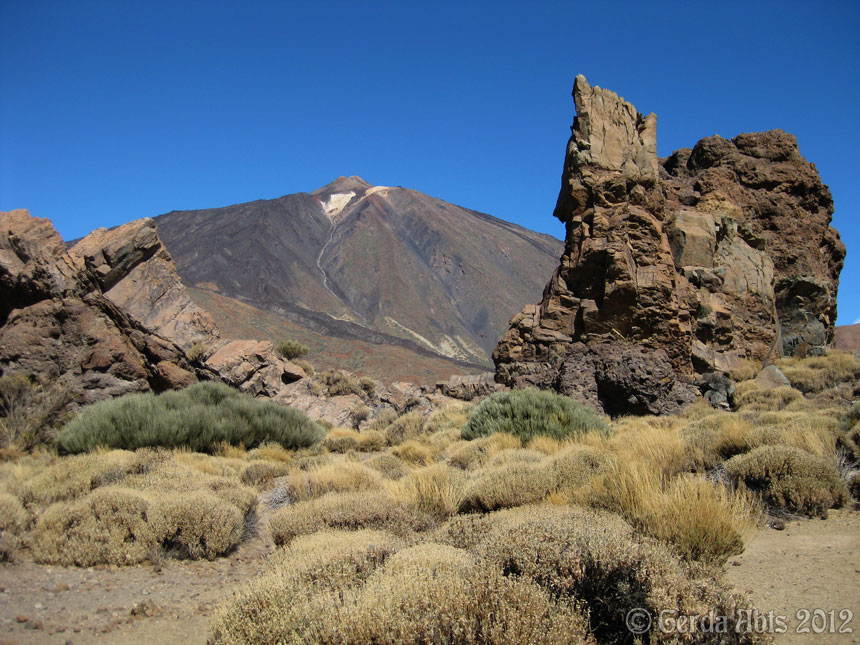 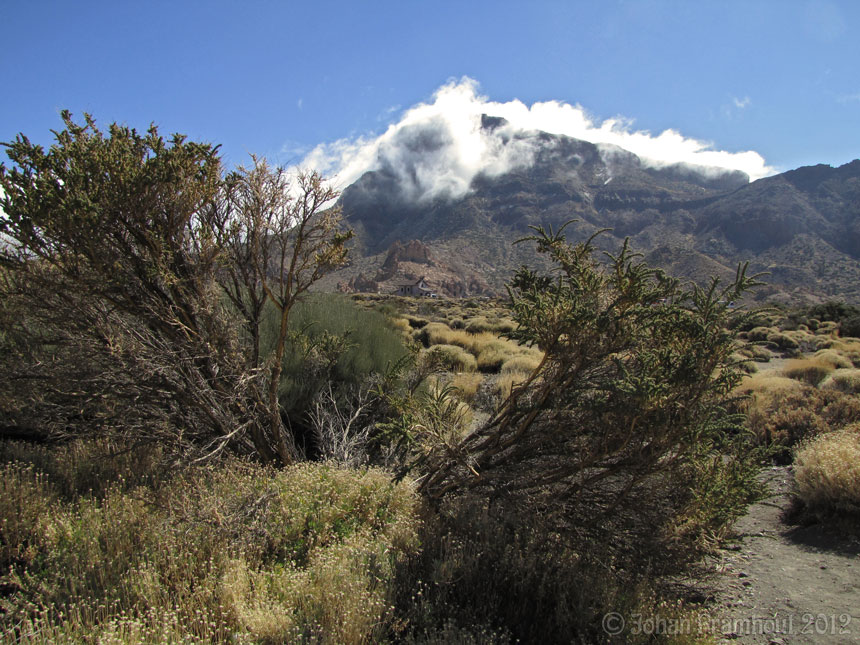 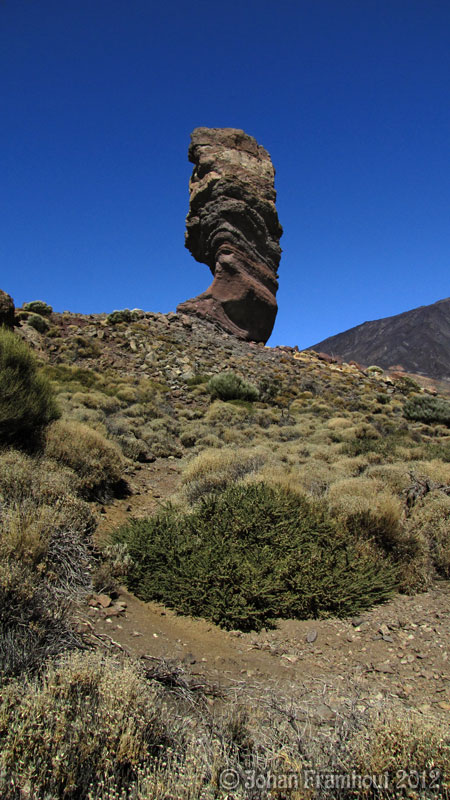 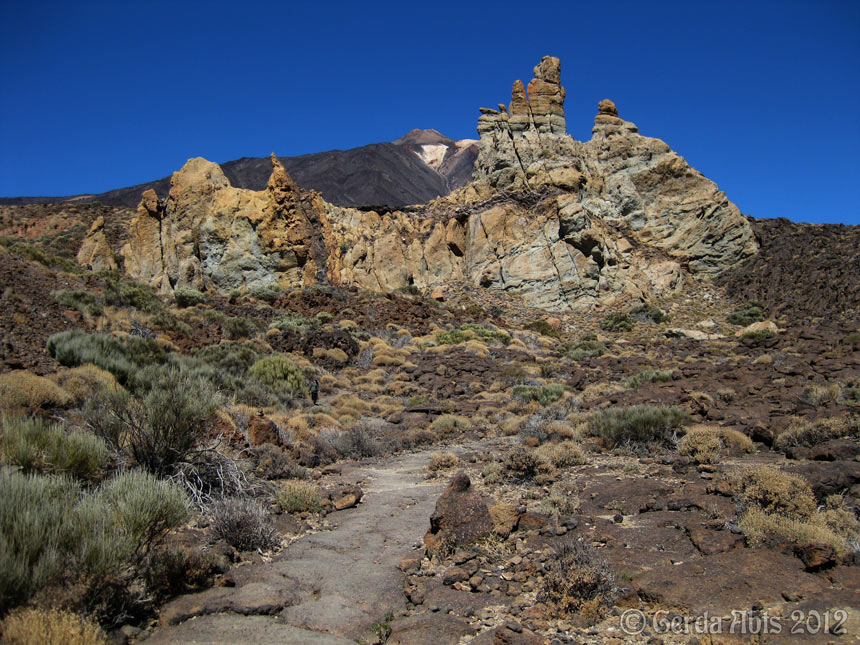 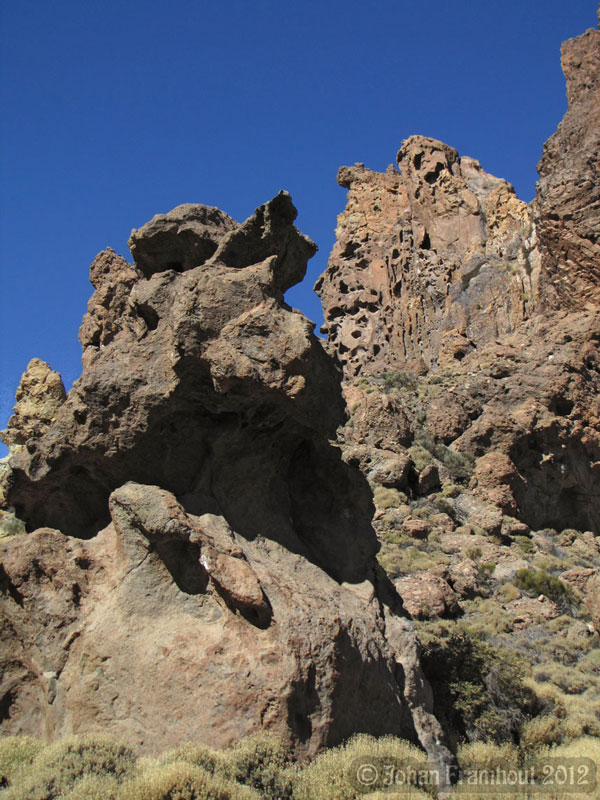 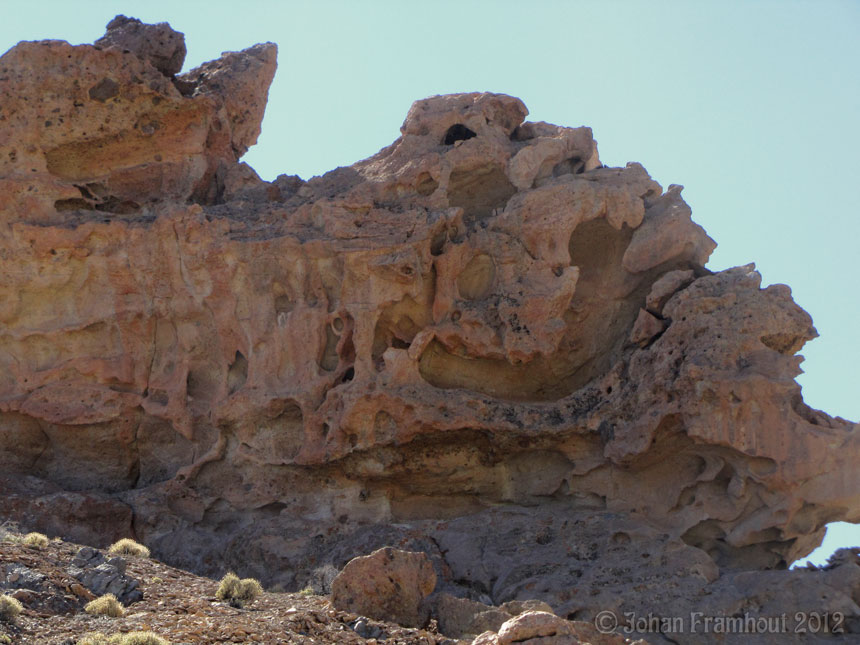